Today is the International Day Against DRM, and it seems a fitting time for my first quarterly DRM round-up: In the spirit of IDAD, I have a policy of refusing to purchase any eBooks encumbered with DRM, which I observe strictly. My frustration has grown so immense that I have begun cataloguing all the eBooks that I would have bought if not for DRM.

These are the results of my analysis to date, showing just how much more money publishers could have wrangled out of me if only they were willing to sell me actual products and not bogus contractural lookalikes.

Figure 1. Spending to date on eBooks, and potential spending prevented by DRM 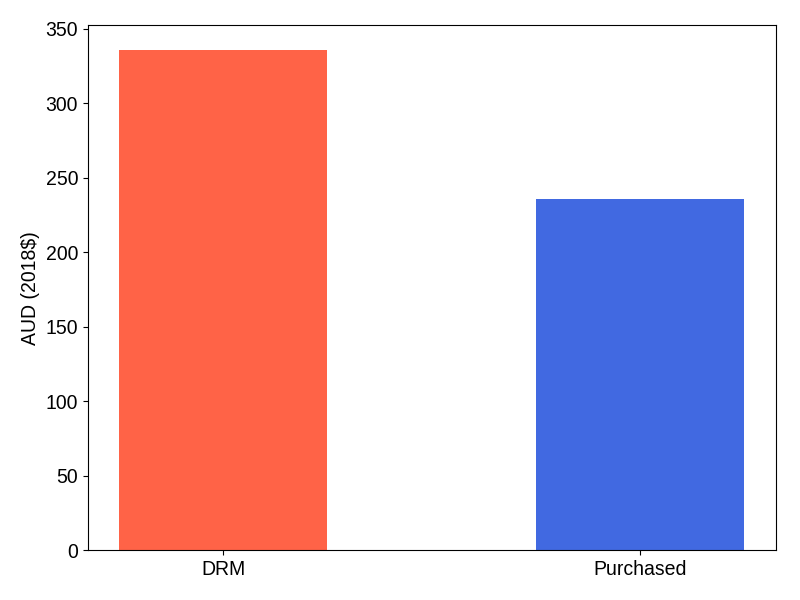 Note 2: Purchased eBooks include DRM-free eBooks purchased in both Australian markets, and in US markets (despite georestrictions) where available DRM-free in the US but not Australia

Wow! It looks like publishers could have made over 140% more money off of me if they had sold DRM-free copies of eBooks. I would note, also, that I would be perfectly willing to pay (and indeed have on numerous occasions have paid) a premium for DRM-free eBooks, so the figure could potentially be even higher!

Figure 2. Potential spending prevented by DRM by publisher to date 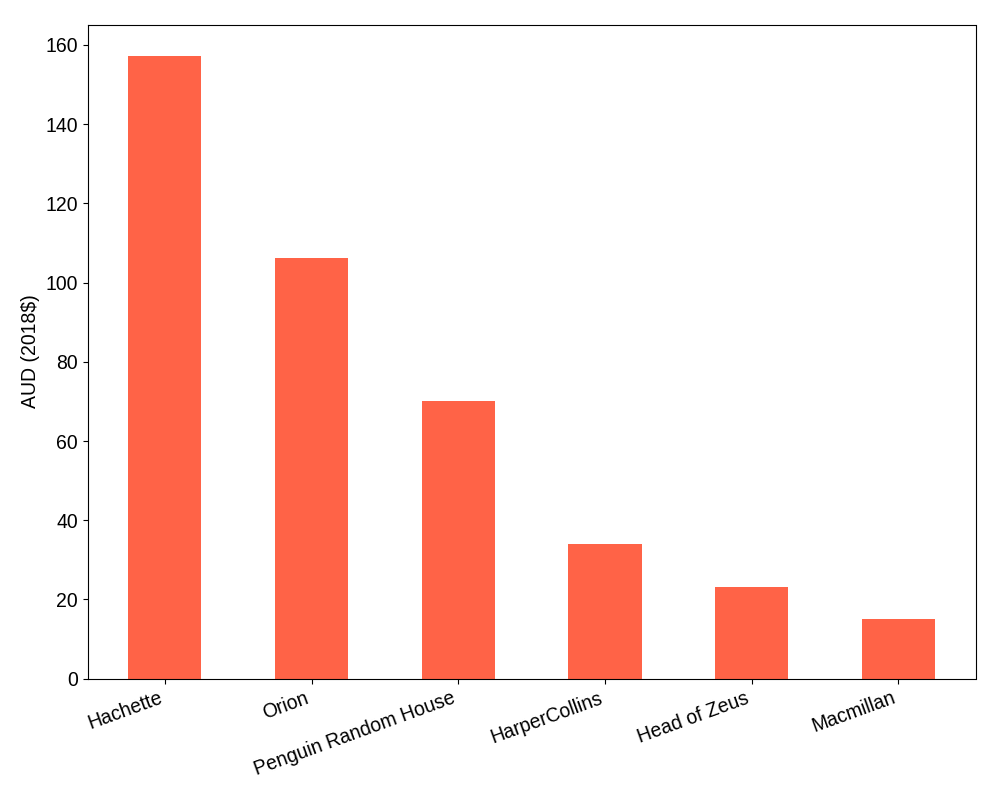 Note: DRM-encumbered eBooks published by different publishers in Australia and the US are counted towards both publishers (as either being DRM-free would result in a purchase), so figures do not add up to those in Figure 1

Hachette tops this list, primarily through its imprint Orbit. It is fitting that it should do so, considering that Hachette has been a staunch advocate for DRM, attempting to pressure authors into signing contracts requiring other publishers in foreign markets to also use DRM.

Disappointingly, Hachette is responsible for publishing many of my favourite authors in Australia, including Becky Chambers, Iain M Banks and Kim Stanley Robison. Tragically, this list includes Ann Leckie and Charles Stross, who are on-record as not supporting DRM. The vast majority of these books are not available DRM-free in other markets, remaining unpurchased and unpurchaseable.

The bulk of the remainder is made up by Orion, primarily through their Gollancz imprint. This includes C Robert Cargill and Hannu Rajaniemi. And once again, this list tragically includes authors such as Greg Egan and John Scalzi who support DRM-free media. Thankfully, many of these books are available DRM-free through other sources – see below.

The other offenders are the list are the usual suspects, with one exception – Head of Zeus, an independent publisher who publishes Cory Doctorow. Ironically, Head of Zeus is set to publish Doctorow's upcoming novella Radicalized, a criticism of DRM. It's understandable why larger publishers stick to the misguided idea that DRM benefits them, but it is disappointing to see a small publisher failing to take advantage of this opportunity to differentiate themselves by ditching DRM.

Figure 3. Spending on eBooks by publisher to date

Perhaps surprisingly, the largest entry on this list is self-published works. It should be noted, however, that this includes established authors like Cory Doctorow and Greg Egan whose books are published commercially but are also sold directly by the authors.

The noteworthy entry on this list is Macmillan, which also appears on the list of missed potential purchases. Macmillan's Tor imprint is commendable in having dumped DRM in 2012, and represents the largest single source of spending on this list. Macmillan's other publications, however, remain DRM-encumbered.