A slightly belated welcome from me to the new look Inane Observations blog! The new theme has been created from scratch, using resources from the Jekyll Minima theme, and aims to be clean, minimalist and responsive. In accordance with this style, the tagline has also changed from the angry and panicked ‘$ sudo FIXIT!!’ to the mellower ‘$ sudo fix_it’.

The commenting system has also been switched over from Hashover to isso, and all old comments have been migrated. Hopefully this will be more modern and robust than the old setup.

The first iteration of Inane Observations began in April 2013 on Blogger (then Blogspot) using Tina Chen's ‘Awesome Inc’ template, under the name ‘$ sudo FIXIT!!’. The domain is still accessible at http://sudofixit.blogspot.com/, but now redirects to this page. 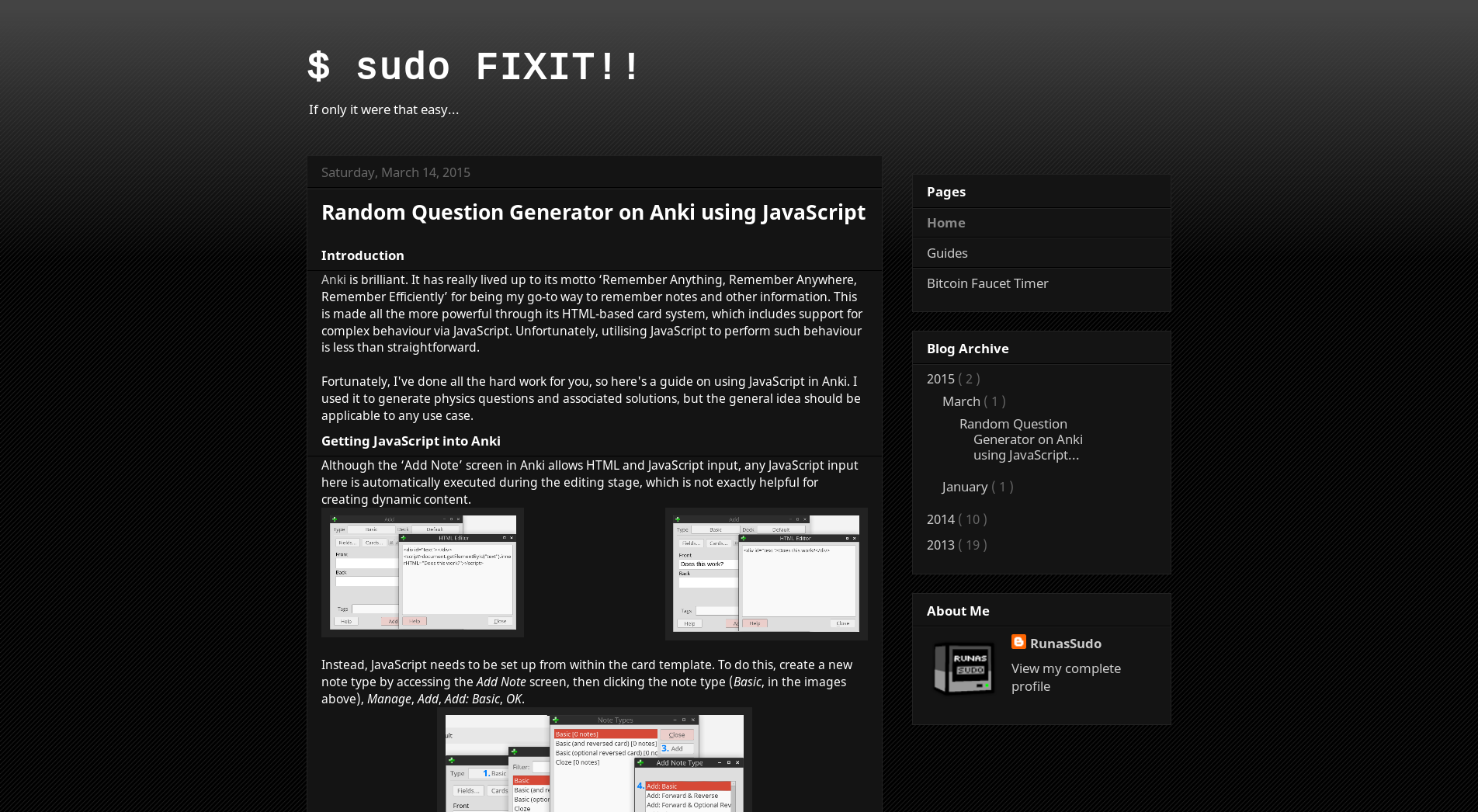 In May 2016 I moved the blog to my own domain, and switched to Jekyll. I wanted a dark theme that captured the techie essence of the old blog, and settled on axlyody's ‘Dark Kimochi’ theme. At the same time, I changed the name of the blog to ‘Inane Observations’ (previously destined for another project which never eventuated), with the old name becoming the tagline. 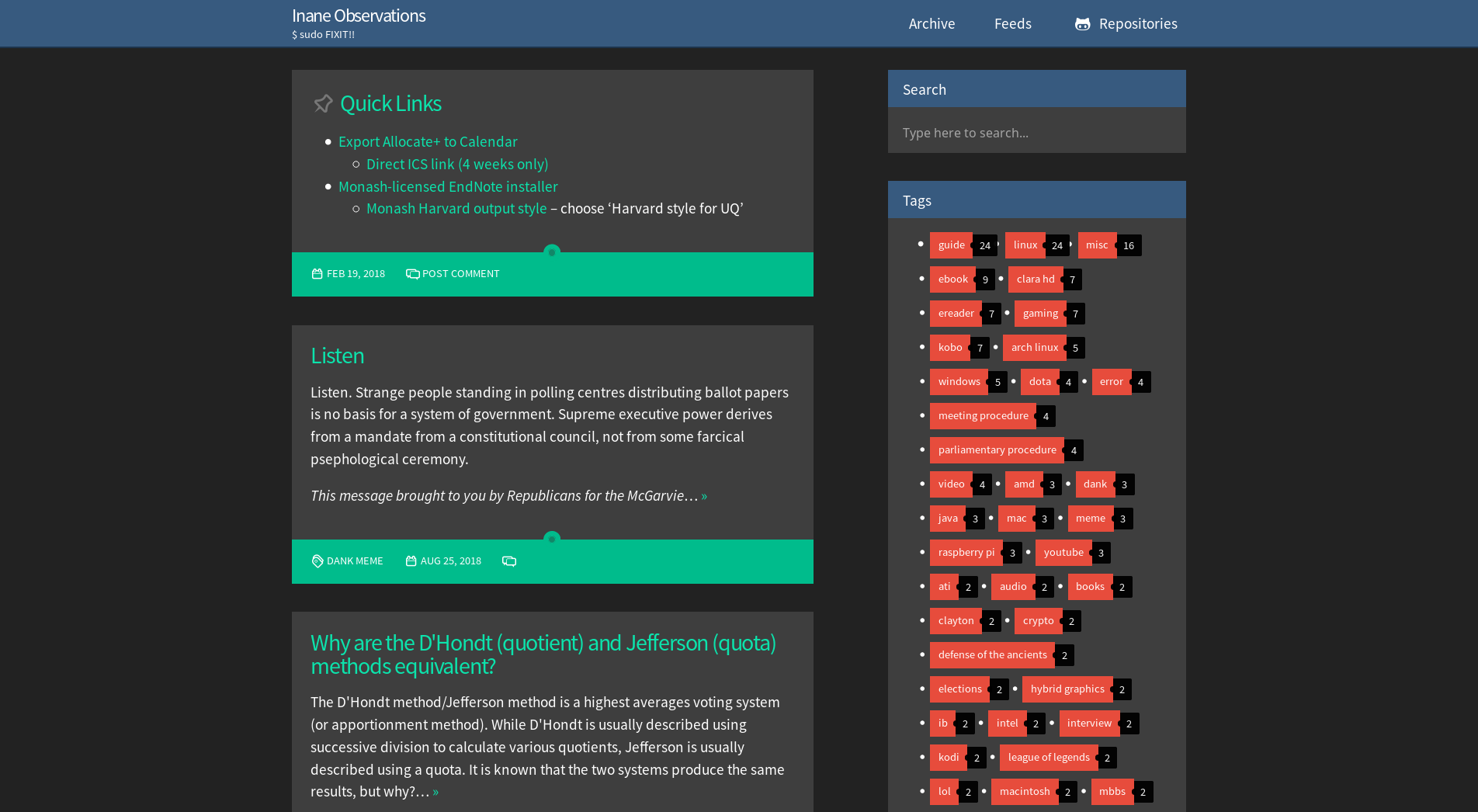 Dark Kimochi featured a dazzling array of features, including pjax for an AJAX-powered browsing experience, and a functioning search bar. However, these became increasingly difficult to maintain, and for a very long time conflicted with other features like MathJax.

Over time, the gaudy colours of Dark Kimochi also fell increasingly out of fashion, and it was time for a new, minimalist, content-first look. 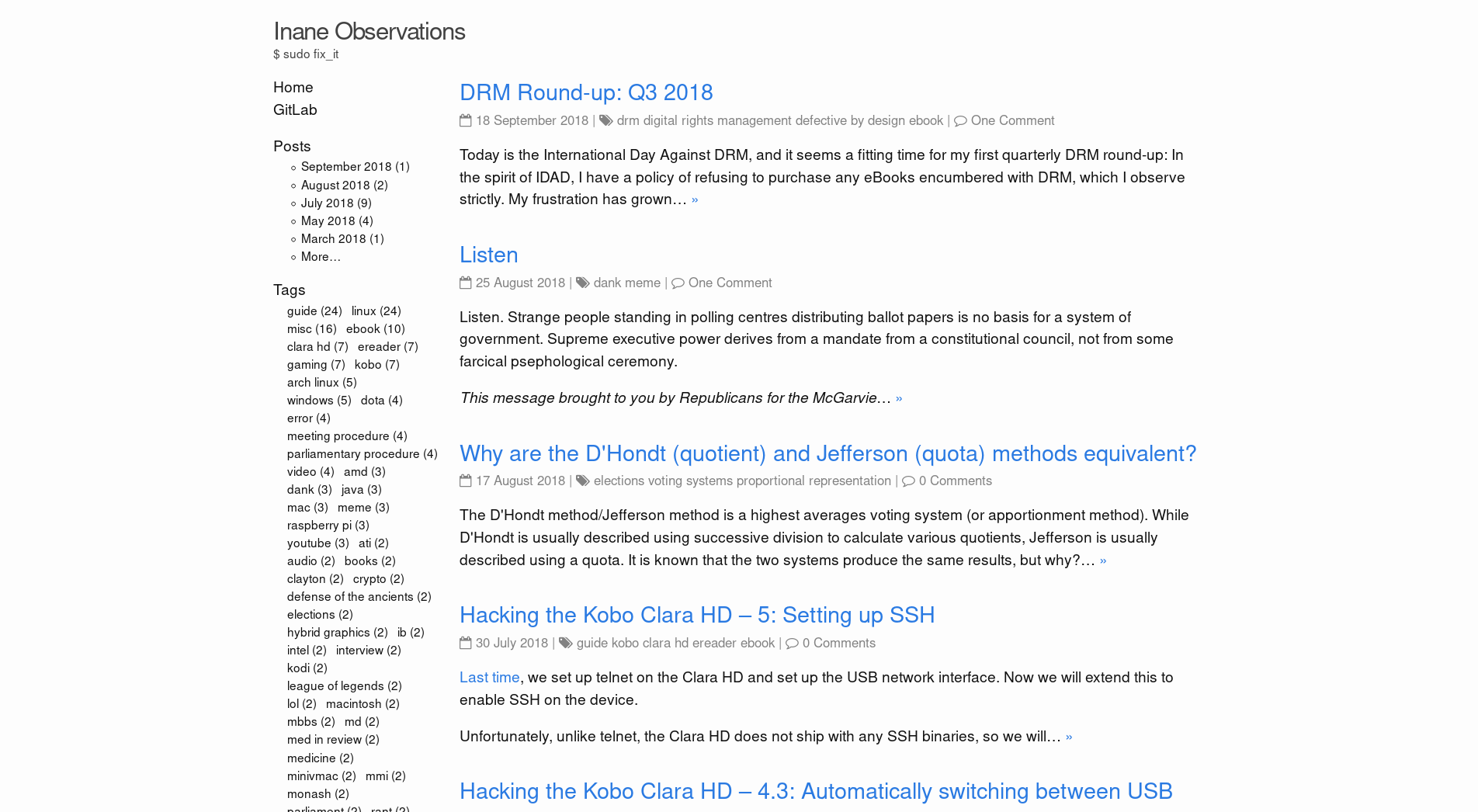