Another day, another migraine.

I have a policy of refusing to purchase any eBooks encumbered with DRM, which I observe strictly. My frustration has grown so immense that I have begun cataloguing all the eBooks that I would have bought if not for DRM.

These are the results of my analysis to date, showing just how much more money publishers could have wrangled out of me if only they were willing to sell me actual products and not bogus contractural lookalikes.

Figure 1. Spending to date on eBooks, and potential spending prevented by DRM 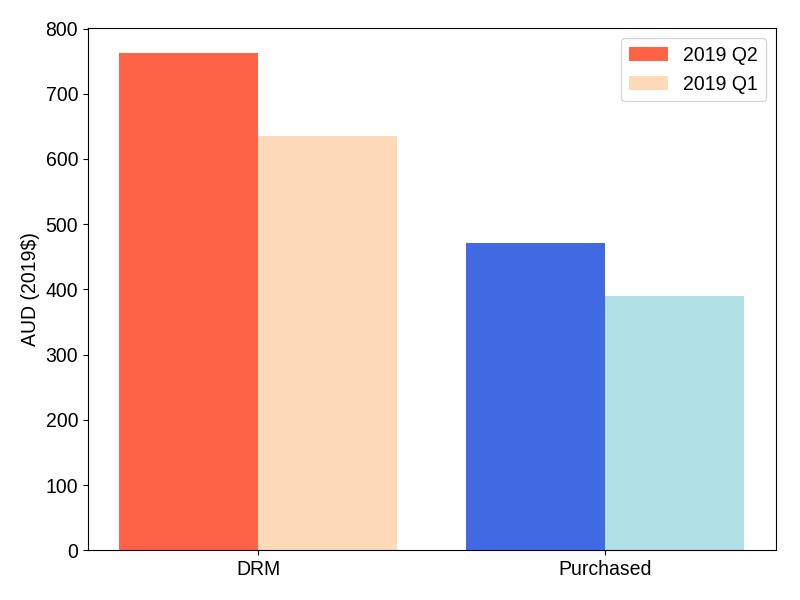 Note 2: Purchased eBooks include DRM-free eBooks purchased in both Australian markets, and in US markets (despite georestrictions) where available DRM-free in the US but not Australia

To date, publishers could have increased their sales revenue from me by 160% by offering DRM-free copies of eBooks, similar to last quarter's figures.

Figure 2. Potential spending prevented by DRM by publisher to date 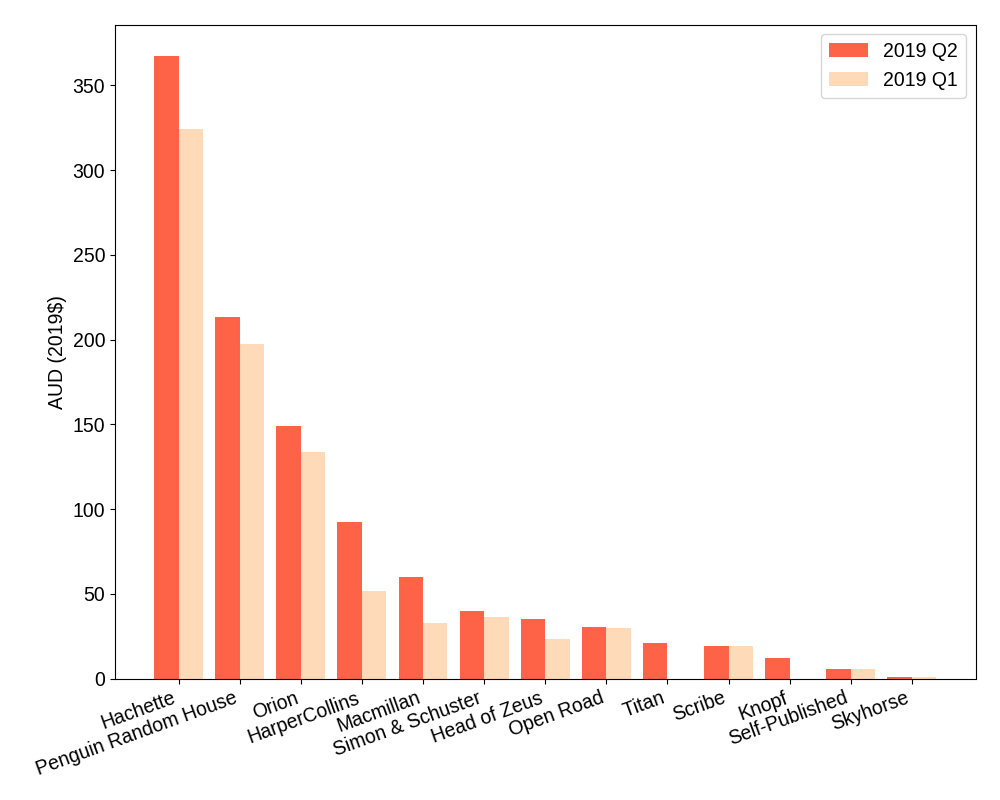 Note: DRM-encumbered eBooks published by different publishers in Australia and the US are counted towards both publishers (as either being DRM-free would result in a purchase), so figures do not add up to those in Figure 1

By publisher, staunch DRM advocate Hachette soars further still into the red, primarily through its Orbit imprint. Adding this quarter to the list of affected authors who have spoken out about DRM is Brian Sanderson.

HarperCollins and Macmillan (through its non-Tor imprints) were other big movers this quarter. Disappointingly, smaller publishers Head of Zeus, Titan and Knopf also rose in missed sales this quarter. This is particularly ironic for Head of Zeus, given that the novel concerned, Radicalized, is somewhat of a treatise against DRM.

Figure 3. Spending on eBooks by publisher to date 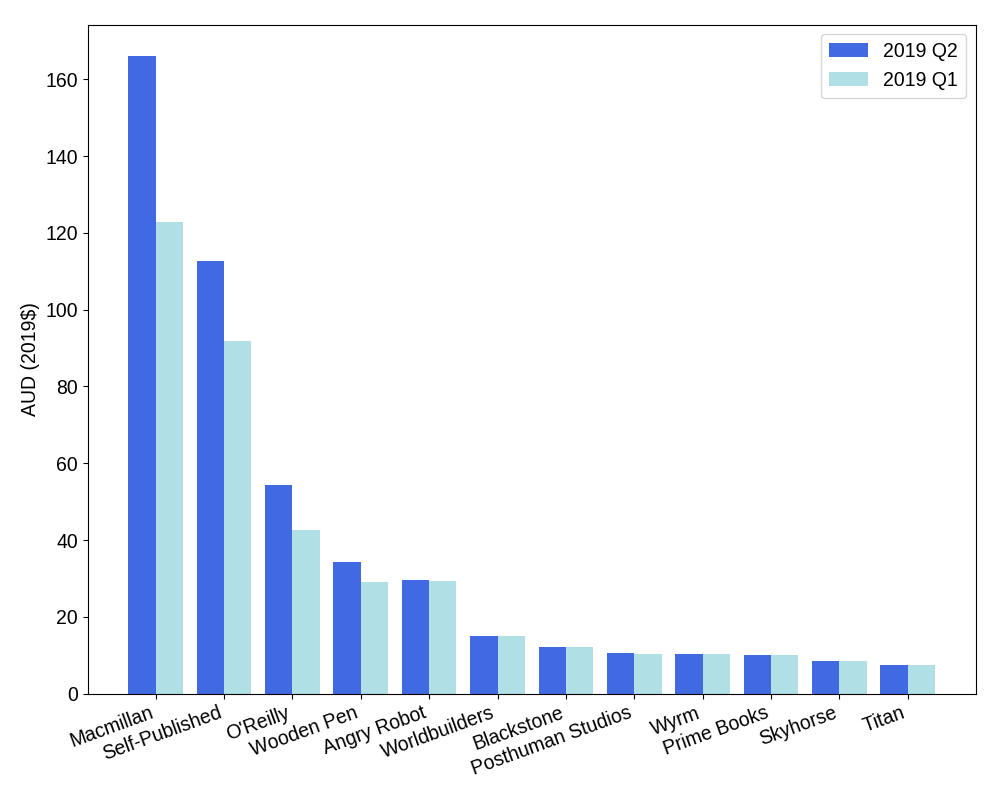 Macmillan, through its Tor imprint, soars far ahead of the competition this quarter. O'Reilly, Wooden Pen and, of course, self-published works also made some advances.