CW: Some discussion of transphobia.

This week I rolled out a new profile picture across my social media. This, and a previous one I have used on Discord, have raised some eyebrows – ‘Why is your profile picture a unicorn?’ It's a long story.

AustraliaSim is an Australian political roleplaying simulation on Reddit, which I've been involved with to varying degrees for many years. By its nature, AustraliaSim is a melting pot of differing political views, and while abuse and harassment are not tolerated, scope is provided to engage in good faith discussion about contentious issues. Users tend to be more than happy to educate others on their misconceptions, and, happily, many minds have been changed as a result.

In late 2018, one particular user, ‘G’, joined the AustraliaSim Discord server.1 A few days later, on 2 January 2019, the topic came up of transgender people and the appropriate use of pronouns.

G said that they would not refer to a transgender person by the pronoun that person uses, even on request, but would instead use ‘he’ or ‘she’ according to what G would believe to be that person's assigned sex.

This is a grossly misinformed view. A person's gender is part of their identity, just as their name is. When we refer to a person by name, it is simply a matter of courtesy and respect that we use the name they prefer, whether ‘first name’, ‘title + last name’ or some other preferred name. The same naturally applies for pronouns. Moreover, a person's identity belongs to them and them alone, and it is for no one else to dictate.

I made this point to G:

On the contrary. If someone comes up to me and says "[G], I'm a unicorn, please refer to me as Sparkleshot' [sic] I'm not going to do that

L and I both pointed out this was a disingenuous false analogy, and the discussion continued from there.

Nevertheless, though, supposing that someone told me their preferred name was in fact ‘Sparkleshot’, it costs me nothing to correctly use that name. A genuine expression of someone's personal identity is not for me to dispute.

To make lighthearted fun of G's bizarre and disingenuous argument, and as a genuine protest against his position, I changed my Discord display name from ‘RunasSudo’ to ‘RunasSparkleshot 🦄’, and changed my profile picture to a unicorn. Now, over 18 months later, both still remain.

The original ‘Sparkleshot’ image was an adaptation of a unicorn emoji icon sourced from the internet, whipped up in a few minutes. This week, I took some proper time to redraw a new ‘Sparkleshot’ image to replace my ageing existing profile picture across my social media. 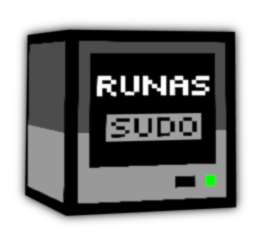 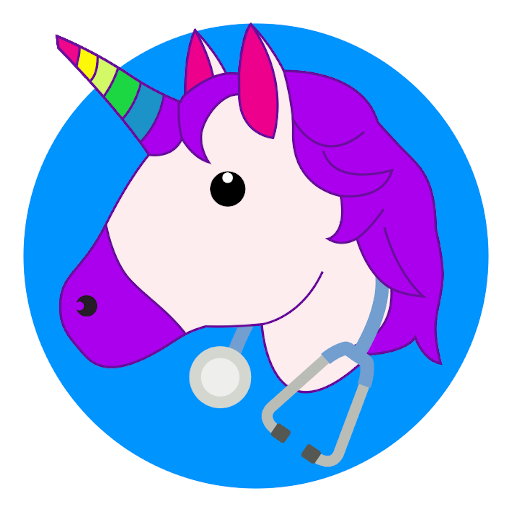 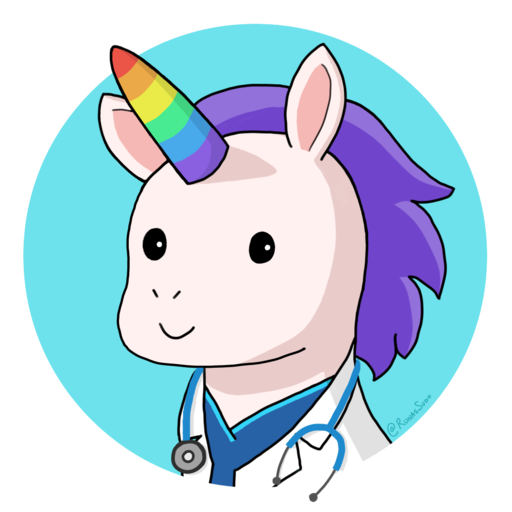 The new profile picture draws (I admit very heavily!) on the wonderful art of Unstable Unicorns, while incorporating the colours of the original ‘Sparkleshot’ image, and adding scrubs and a white coat to match the stethoscope.

For more information and resources on the use of pronouns, visit MyPronouns.org.