In late 2014, I registered an ABN for a small Minecraft server hosting business, which remains ongoing to today. Under section 161 of the Income Tax Assessment Act 1936, the Commissioner of Taxation may require certain persons to lodge a tax return. Item 3 of Table A of the instrument made under that section for the 2014–15 financial year requires a any person who ‘carried on a business’ to so lodge. Accordingly, I was liable to lodge a tax return by 31 October 2015.

However, this was around the time that the Australian Taxation Office was introducing the new myTax web portal for lodging tax returns. myTax was still being gradually developed, though, and at that time, business income could not be declared through myTax. Because my business income was far, far less than the tax-free threshold, and there was never any danger I would have any actual tax liability, I never ended up registering for myTax or lodging a return, and nothing came of it.

Fast forward to many years later, when I first needed to lodge a tax return due to withheld amounts from bank interest. After registering for myTax for the first time, I was met with a table, much like the one above, showing that I had many overdue tax returns from 2014–15 to then. Ordinarily, when taxable income in a financial year is less than the tax-free threshold, you can submit ‘non-lodgement advice’ to clear the outstanding tax return from myTax. However, because I had an ABN registered in those years, this option was unavailable:

This year, I decided that it just wouldn't do to let these keep stewing, and it was time to hunker down and properly prepare the returns I should have lodged all those years ago. Helpfully, the ATO notes that ‘As a rule, a penalty will not be applied to a late-lodged tax return … if the lodgment results in either a refund or a nil result’, which I knew would be the case.

The returns for 2015–16 and onwards were straightforward, as I had records from these years, and myTax had since been updated to support business income.

The return for 2014–15, though, proved to be a problem. As before, myTax for this year did not support declaring business income:

Per myTax, then, was my only option to seek out a tax agent?! All for a few piddling dollars of business income?

Not yet! myTax made no mention of it, but the paper tax return notes that business income can also be declared via e-tax. e-tax was the ATO's old computer tax return filing software before it was replaced by myTax. 2014–15 was one of the last years where e-tax and myTax co-existed. Theoretically, I should be able to lodge the return using an old copy of e-tax.

Of course, I did not have a copy of the 2014–15 version of e-tax, and all references to it have since been scrubbed from the ATO's website. However, I was able to track down some old copies via the Internet Archive!

A real blast from the past!

Using e-tax, I worked through the tax return for that year. 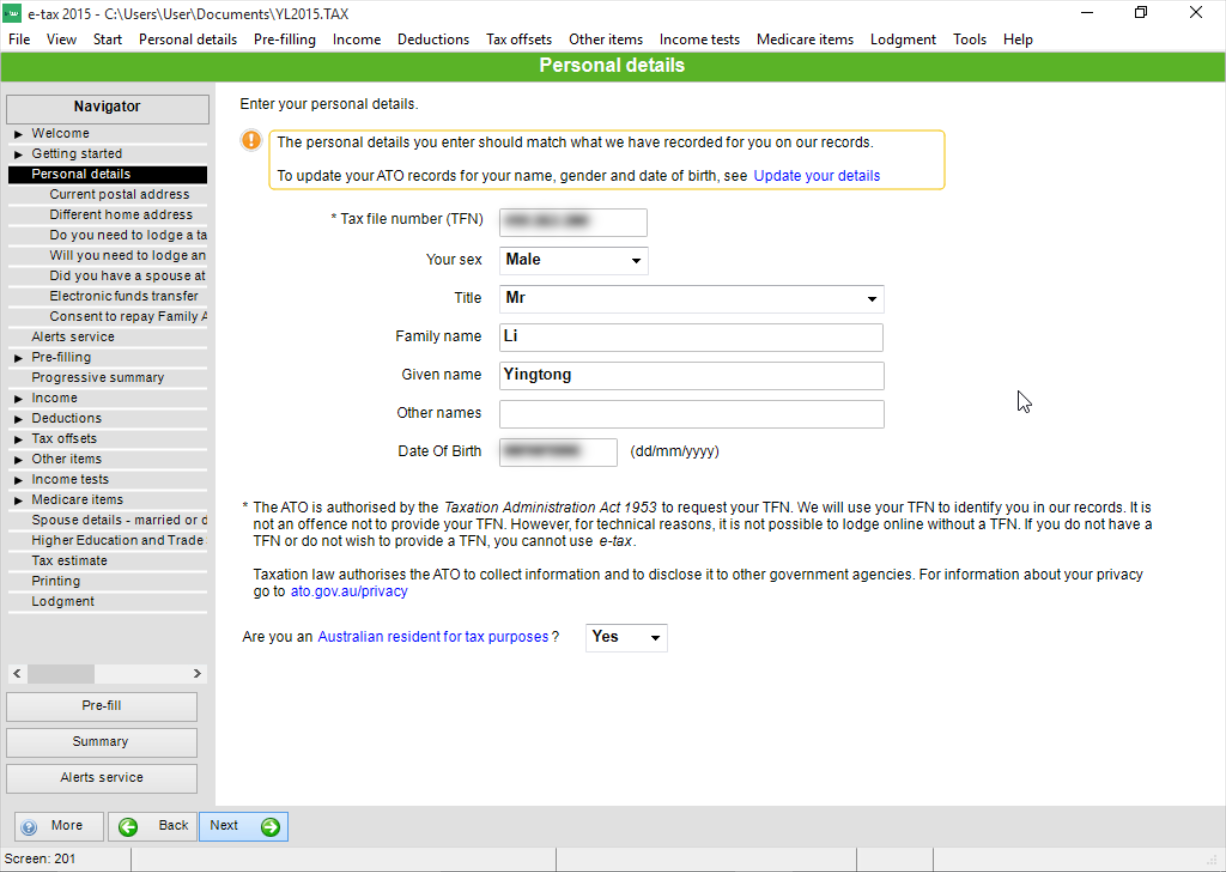 Obviously, though, the e-tax servers had been decommissioned for many years now, and e-tax was unable to lodge the tax return online. 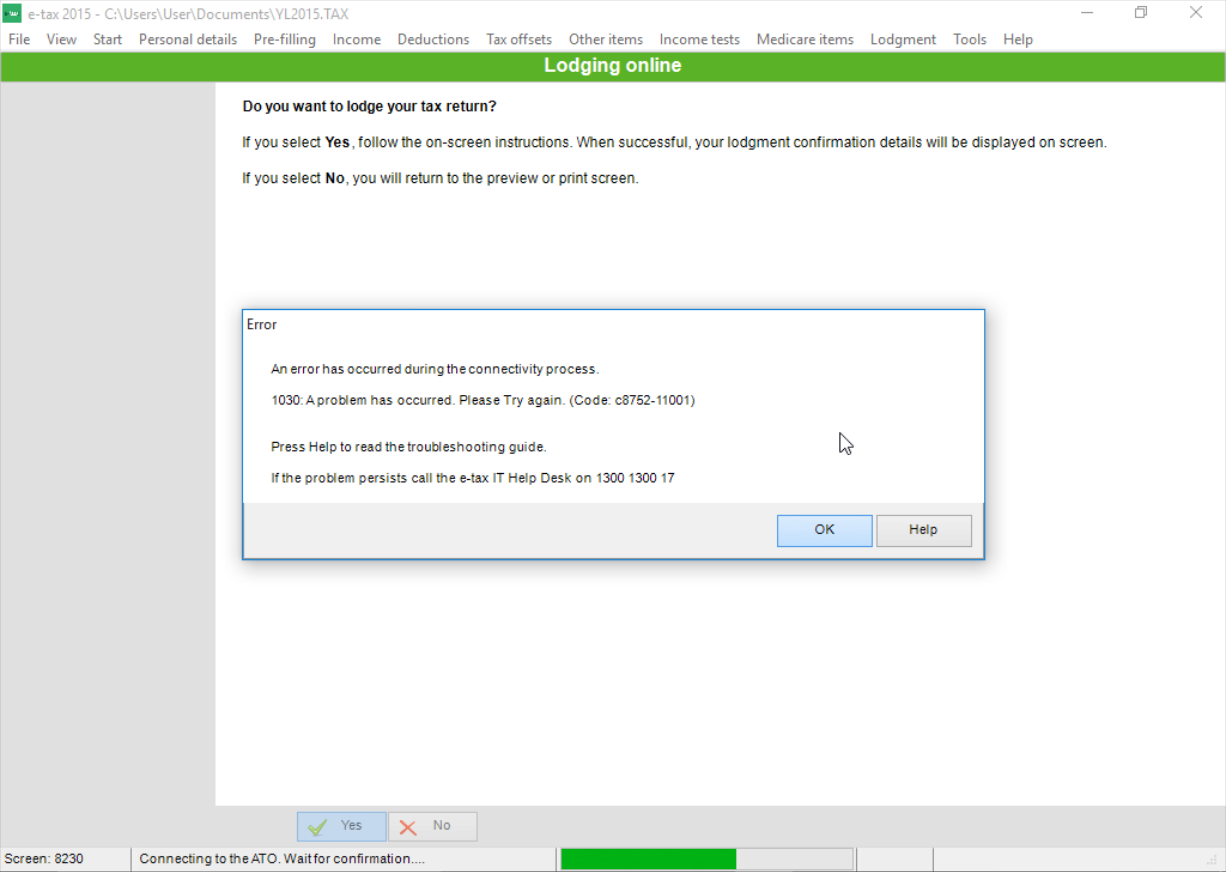 However, e-tax returns can also be printed and mailed directly to the ATO for lodgement: 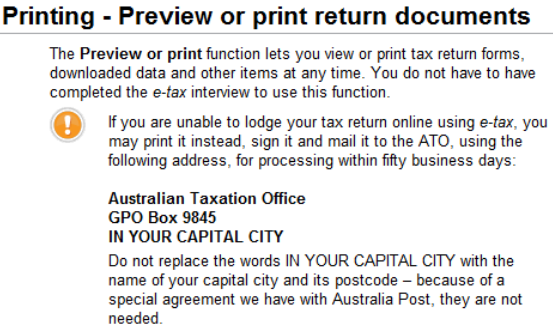 So I printed it out, mailed it to the ATO, and waited to hear back: 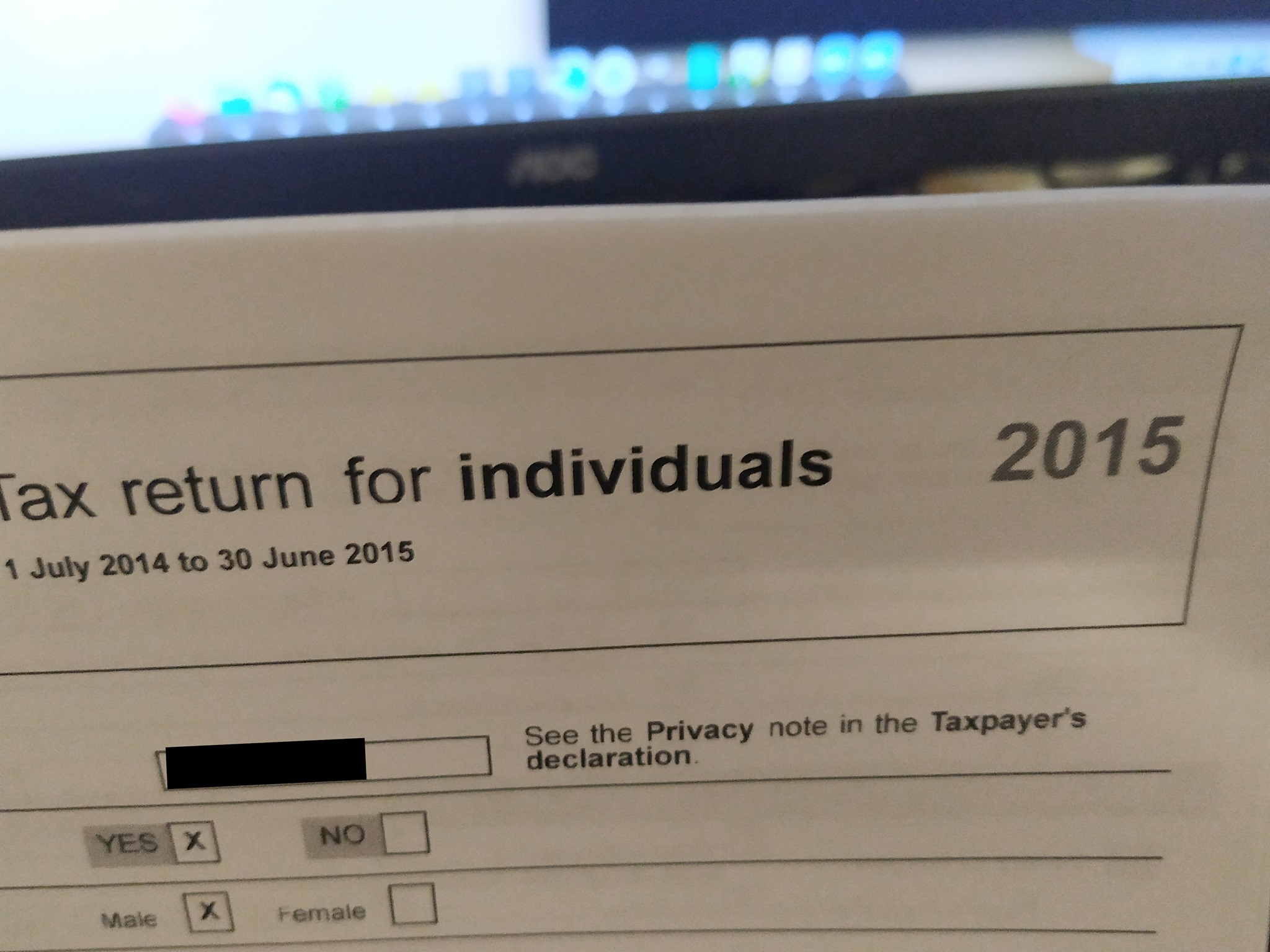 Somewhat to my surprise, it worked! – and just over a month later, my Notice of Assessment landed in my myGov inbox:

I would be interested to know if this created any degree at all of confusion in the back end at the ATO, although it's probably best to leave the story here – this has been quite enough tax-related excitement to last some time.