In part 1, we derived all the common major, minor and seventh chords on the ukulele. We will now derive the remainder of the common chords – suspended (sus2/sus4), add9 (add2), augmented and diminished seventh chords.

We begin by considering the major chords from part 1. To convert each chord to a suspended fourth (sus4) chord, we take the third scale degree and move it up a semitone:

A suspended second (sus2) chord is simply an inversion of a sus4 chord, and vice versa, so we can label each sus4 chord with the enharmonic sus2 chord:

This completes the sus2 and sus4 chords.

We return again to the major chords, and consider the chords C, E♭, F and A. To convert each to an add9 (add2) chord, we take one of the duplicated notes and replace it with the second scale degree:

(Note that a standard ninth chord, which includes a seventh, cannot be played per se on a ukulele, as there are too many notes for four strings.)

We can then move these chord shapes up the fretboard to complete the remaining add9 chords:

We can also compare these with the corresponding sus2 chords above to see the similarities and differences between the two chords:

Returning to the major chords again, we can form augmented chords by raising the fifth scale degree one semitone.

Consider the chords C, D, F and G, and convert each to an augmented chord by raising the fifth:

All other augmented chords are inversions of these four chords, so we can fill in remainder of the chords now:

Compared with a minor seventh chord, we can form a diminished seventh chord by also dropping the fifth and seventh scale degrees by one semitone.

Consider the chords Cmin7, C♯min7 and Dmin7. We can convert each to a diminished seventh chord by lowering the fifth and seventh scale degrees:

As with the augmented chords, all other diminished seventh chords are inversions of these chords, so we can fill in the remainder of the chords:

We have now derived all the common chords on the ukulele, summarised in the chart below: 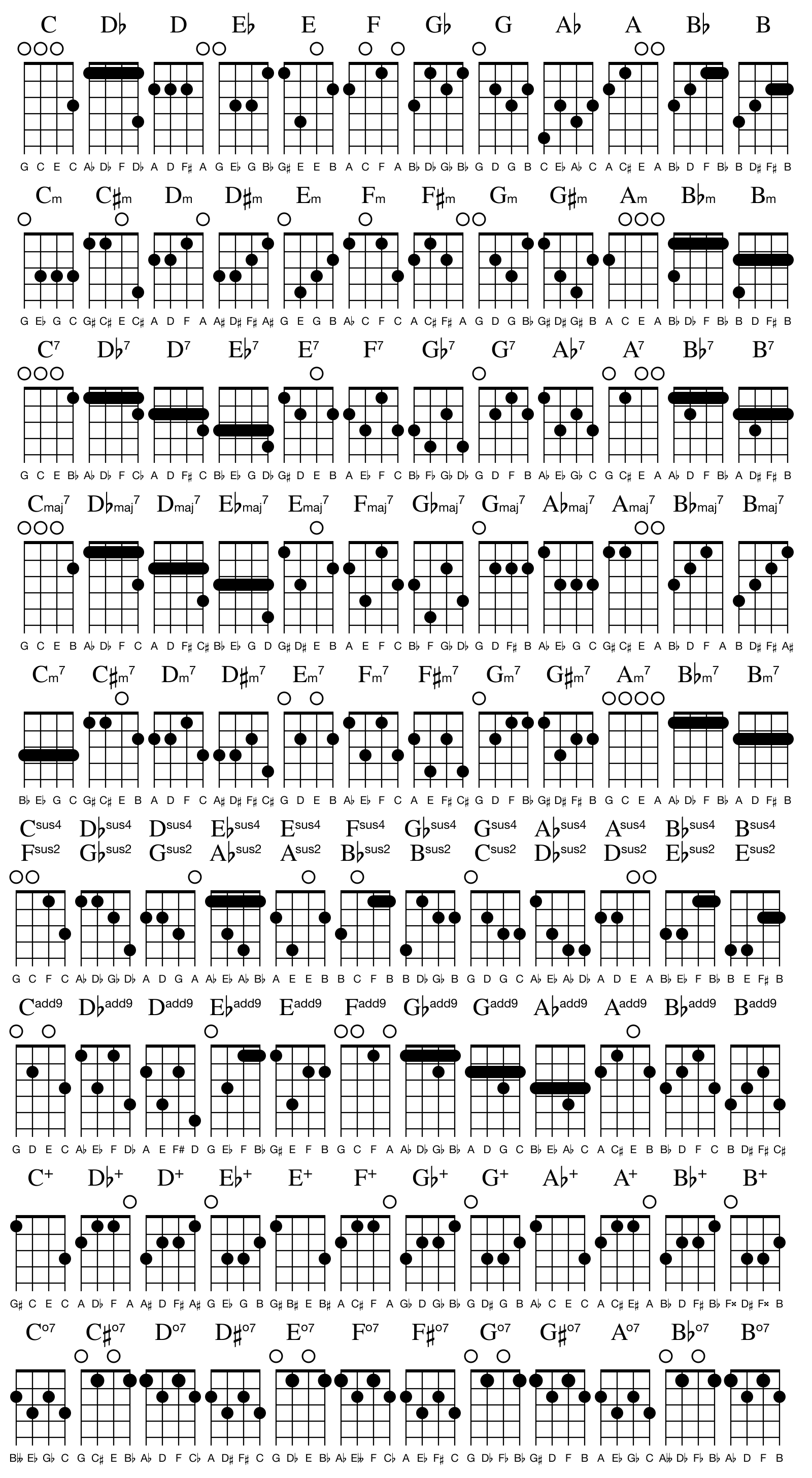